“The Lift Up’s fantastic debut was recorded in the spring and mixed and mastered in the summer with Jim Salamone at Cambridge Sound Studio in Philadelphia. The album features the wistful songwriting and storytelling skills of lead singer and guitarist Joe Castro, with a theme that seems to board the listener on an intriguing and timeless walk down memory lane from childhood familial history to present proof.

The band’s roots-rock sound is punctuated by Castro’s plaintive yet gruff vocals; an attached storyteller that wants the listener to be transported by the lyrics and each punctuation of the time they are traveling to. Where ‘Galicia’ seems to allude to the origins of the singer’s own name, the next track ‘Norfolk Street’ laments a romanticised memory of a street that was once home. The Lift Up’s debut does a fantastic job of pulling a listener into the story with each new song, literally lifting you up to take you into their home, the heart of where they grew up, breathing life within each new idea of home and memory.“

“The Lift Up, a trio “caught somewhere between Philadelphia and Delaware,” go old school with melodies of old school rock and punk that bands like Gaslight Anthem have made a living off of. Go get a beer in a dirty old bar and find a jukebox from yesterday. Somewhere between Buddy Holly, The Ramones and early Springsteen you’ll find The Lift Up’s “Everybody Tells Her That.”

“Everybody Tells Her That by The Lift Up – Catchy crafty garage pop, quick and right on point. Great vocal with a distinct tone. Not to miss! 5/5”

Without Dreams, We Are Only Sleeping (4/5)
“The tracks are soulful, honest accounts of the constant pressures of the modern life with a lingering nostalgia of yester years. It is vividly reminiscent of the period in our lives when we were in relentless conflict between running away and staying right where we are.

The nine songs are intensely written and paired evocatively with some 90s pop acoustics. With clear influences from The Smiths,  Leonard Cohen and The Jam, among others.

Apart from the pounding percussions and Castro’s raw, robust vocals, the record is cleverly precise and short, with a running time of 32 minutes.”

“I’m very impressed. An emotionally evocative, solid, sonically, superior record. Joe’s guitar playing always seemed to hit me in the chest, and make my head spin with excitement. Now he’s written lyrics to match – with some of the smartest, cleverest turns of phrase that let you know exactly where you are, images instantly clear, and you’ve been there; you’ve felt what he’s telling you. Bassist Larry Zappaterrini has always been the musical shadow to Joe’s light, impossible to separate and biologically codependent, melodic and compelling. Travis’ drumming is tight and on point, cutting it up, and pushing you on. Joe’s voice grabs you, honest, raw, smooth, and strong. There’s heartbreak, numbing disbelief at life’s bitter cruelty, and reinvigorating joy that’ll get you to jump up and shout your committed defiance to hang in there and achieve what you believe. All of his influences, from the Ramones, to Dylan, Lou Reed, to the Everly Brothers, are boiled and cured, and now pour out like a smooth, sweet blend. If you love great song writing and give-it-all performances, you’ll love this record.”

Out and About Magazine (November 2013)

Switchflip.com – Interview with Joe Castro (May 2012) 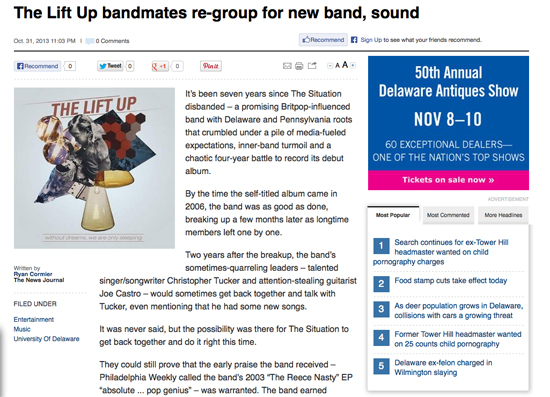 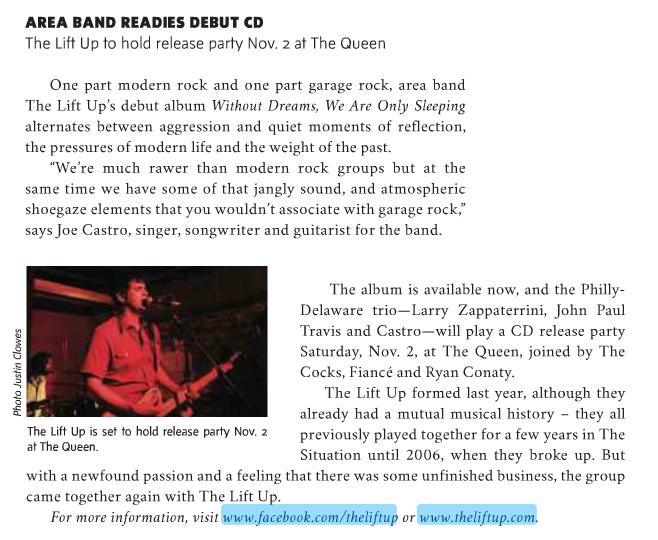 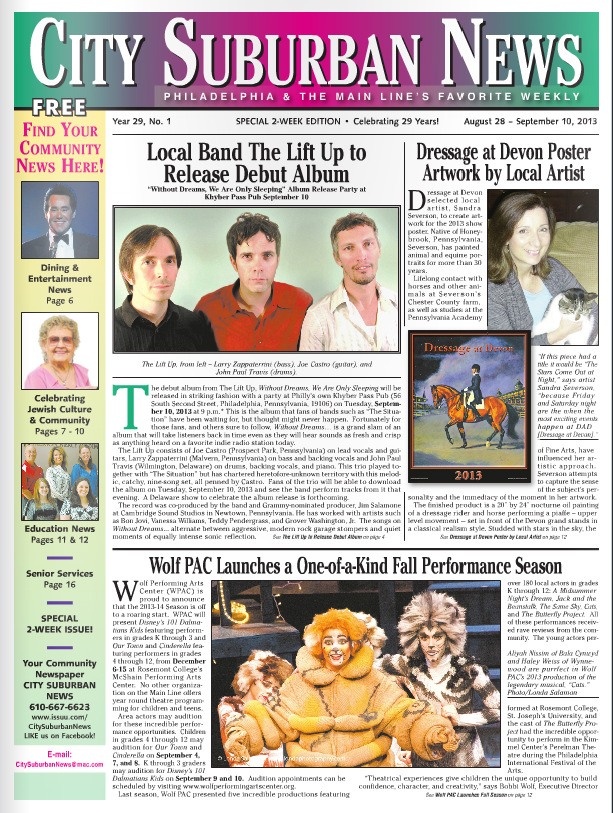 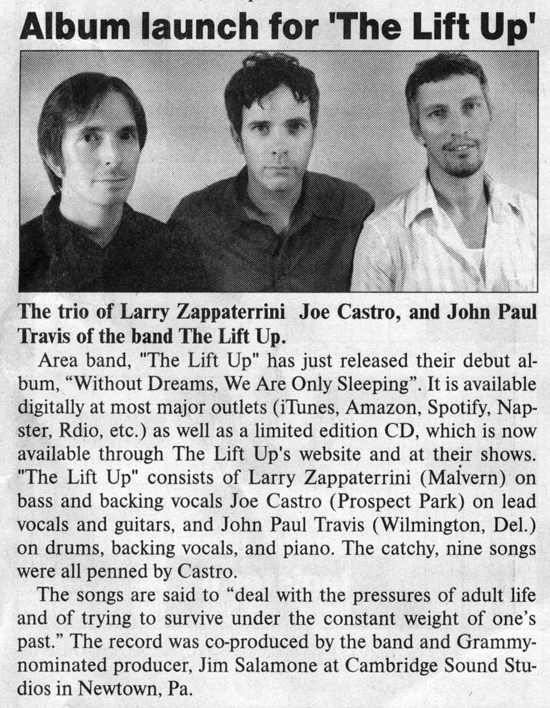